The city of Udaipur lies in the state of Rajasthan in northwestern India. It’s known as the City of Lakes to the locals and fondly regarded as the Venice of the East by visitors.

Udaipur was founded in 1553 by Maharana Udai Singh II and boasts a rocky history of rulers vying to dominate this lake-locked city. Udaipur has since become a beacon of opulent hospitality, with many of its palaces converted into luxury hotels. Udaipur lies in the heart of some of India’s picturesque lakes and visitors are spoilt for choice when it comes to sightseeing and indulging in famous Rajasthan hospitality.

Udaipur is also known for its searing heat, so it’s best to set out early and get a head-start on exploring.

Take an auto-rickshaw through Udaipur’s winding streets towards City Palace. Stop off at Shree Jagdish Temple, Udaipurâs largest Hindu temple, to witness early-risers start their day in deep prayer. Intricately carved pillars and kaleidoscopic paintings compliment the temple, while the sound of drumming and chiming finger-cymbals make for an invigorating morning experience.

From here, enjoy a short walk among handicraft stores to City Palace.

For 25 Indian Rupees (less than $US0.50), visitors can gain entry to one of the cityâs flamboyant palaces. City Palace took over 300 years to build and was the epicentre of Indian royal life. Nowadays, visitors can wander the palace and take in the mosaic-lined walls, marble pathways, delicately stained glass and rooms of gold.

Panoramic views of the city sprawl and Lake Pichola await visitors; a stunning way to view the city and its nautical surrounds. Leave ample time to wander the palace’s gardens and climb the countless staircases leading to a labyrinth of hallways and rooms filled with artifacts.

You may also like: Jaipur, India: A City that’s Pretty in Pink

Take a break back at street level.

Grab a well-earned balcony seat at Restaurant Gateway and refuel on chilled sweet lime juice and a serve of crisp mixed vegetable pakodas (fritters) for about 120 Indian Rupees (US$2.00). Head back out onto the street if souvenirs need to be purchased. Colourful hand-woven clothes and bags are aplenty and cheap at Yash Handicrafts. Vendors are very friendly and not pushy in this area, so don’t forget to bargain with them.

Return to City Palace for a boat ride on Lake Pichola.

Tickets can be purchased at the same time as tickets for City Palace and cost 30 Indian Rupees. Canopied boats run on scheduled times throughout the day to ferry visitors along the lake for captivating views of the city’s Rajasthani and Mughal-styled architecture and daily local life. The walk down to the jetty area from City Palace is just as picturesque and relaxing.

Ferries transport visitors to Lake Palace, which was built in the 1700’s under the eye of Maharana Jagat Singh II. The palace gave respite to royals during the soaring summer months, offering cooler accommodation, luxurious courtyards, terraces and gardens. Lake Palace is now a five-star resort, providing accommodation to guests who are sourcing a majestic experience during their stay in Udaipur. Visitors on ferries are welcomed to pace the courtyard and marvel at this centuries-old oasis. The round-trip takes about an hour and a half.

A nourishing dinner will also be sought after such an active day in Udaipur.

To bring the royal experience in Udaipur full circle, head for Restaurant Ambrai where guests can dine on succulent, north Indian curries, naan and rice while sipping on cocktails outdoors on the banks of Lake Pichola. Tables are illuminated by only candles, lanterns hanging overhead in trees and a sky studded with bright stars.

It’s hard not to feel like Indian royalty in present-day Udaipur. 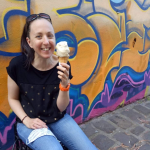