“Varanasi is older than history, older than tradition, older even than legend and looks twice as old as all of them put together.” Mark Twain

Since the birth of time, the Indian city of Varanasi has been a place of holy pilgrimage. For Hindu’s from all walks of life, the river Ganges and its promise of spiritual nirvana has given the city an energy that pulls both the devoted and the intrigued. As tourists, we go to marvel at the spectacle of Hinduism in action and to see the divine emerge from the edgy and jumbled city streets. Varanasi, like much of India, is overcrowded and packed tight and with the carnival atmosphere on the Ghats every day, it’s a bustling fusion of survival, holy mess and realising the divine. The ageless beauty of Varanasi comes to light in even a short trip, so here’s our quick guide to making the most of India’s spiritual capital.

Things to do in Varanasi Awaken to the Ganges

As most people visit Varanasi to experience the Ghats on the Ganges, it’s probably the first thing to plan on your visit. Given that there are a tours to take you at both sunrise and sunset, you won’t have to wait long to see life and death on India’s most spiritual of waterways. Though the walk to reach the Ghats is a little precarious as you navigate the crowded laneways, the first view of the pale grey river in the muted sunlight is breathtaking. The Ghats are bursting with people selling garlands and candles, cleansing themselves as they jump in the shallow waters and travellers observing the simplicity of the daily ebb and flow of life. To see the full view of the Ghats and take in the scenes of kids splashing on the steps while cremation fires burn alongside, you’ll need to take a guided boat ride. While sunrise on the Ganges is a beautiful awakening, it’s the evening Aartis (prayers) that are truly spellbinding. There you are, gently bobbing on the calm waters watching the Hindu priests perform their nightly rituals while chanting softly on the evening air, it’s really quite magical.

You may also like: Jaipur, India: A City that’s Pretty in Pink

Seek out the spiritual at Sarnath

Though Hinduism is at the heart of the city founded by Lord Shiva over 5,000 years ago, it is said that Lord Buddha, after receiving enlightenment gave his first sermon in Varanasi. Just 13 km outside of the city is the archaeological park at Sarnath, the very spot where Buddha first taught. Today it is a well maintained historical site full of spiritual relics including the Dhamek Stupa opened in 500AD and the remains of the Ashoka Pillar built during his reign in the 3rd century BC. As well as the Buddhist Temple and monuments, Sarnath is also home to the Jain Mandir and Temples built by Chinese, Japanese and Thai devotees. Half a day will be enough to walk through the monuments, visit the temples and soak in Sarnath’s spiritual history and significance.

Discover the art of sari weaving

Varanasi is known for its fabrics and there is a corner of the city famous for the beautiful craftsmanship of the Varanasi weavers. Though it might be a little off the beaten track, spending a couple of hours in the industrious laneways of the traditional saree makers is fascinating. As soon as you reach, you can hear the humming of the looms like a heartbeat. If you’re lucky, you will still be able to see some masters at work on their looms weaving by hand, an art which is slowly dying. They sit for hours in dimly lit concrete rooms bringing their craft to life. The colours that burst from the strings of the loom are daringly bright and it’s quite something to watch cloth being spun as it was centuries ago. There are also plenty of backstreet stores where you can pick up your own fabrics.

Where to stay in Varanasi You may also like: Udaipur, India: Venice of the East

Varanasi offers a great range of accommodation options from river side guest houses, to international hotels such as the Radisson and the opulence of the Taj Hotel. When you’re out and about in the heat and jostling crowds of Varanasi, coming back to a little luxury at the end of the day is a breath of fresh air. Most hotels are within 10km of the Ganges and Sarnath so getting around with the help of the hotel drivers is relatively easy. Varanasi is not the kind of place you can do smoothly on your own, so splurge a little to stay in a quality hotel and let their tour desk to manage your tour bookings, guides and drivers. It will allow you to take in all of Varanasi’s diverse heritage in comfort.

When to go in Varanasi As a general rule, visiting Delhi, Varanasi and all of northern India is best enjoyed from October to March. Though December and January are cold and foggy, these are the best months for getting out and about. October is still warm and by March the sun is out shining again. Going in the heat of summer will limit your outdoor time and the monsoon months of July and August can make sightseeing and the roads troublesome.

What to wear in Varanasi With its mix of Hindu’s, Buddhists and Muslims alike, dressing modestly in naturally appropriate. Though you’ll see ashen smeared Sadhu’s wearing loosely tied orange robes and women bathing in the Ganges in saris, for visitors the dress is conservative. Despite the time-honored overtones of it’s religious culture, India is quite contemporary and jeans and t-shirt are as home there as anywhere. Just keep your shoulders and knees covered for temple visits and long sleeves will help avoid the mosquito’s. Because of the grime and rubbish on the streets wearing sand-shoes or covered comfy shoes is recommended.

What to eat in Varanasi You may also like: Top 5 Luxury Indian Ocean Beach Lodges

Varanasi is famous for its Kebabs and the Kebab Factory is one of the most well known eateries of all. There’s a great selection of vegetarian and non-veg dishes, all using an aromatic blend of fresh local spices and just about all restaurants will serve up delicious kebab platters. Try not to be tempted by the warm frothy chai bubbling in pots or the sweets frying on the roadside, it’s always best to eat in cafes and restaurants.

How to get to Varanasi

Varanasi is just an hour’s flight from Delhi and domestic airlines such as Indigo, Jet Airways and SpiceJet fly daily. Varanasi is also connected to all major cities in India and many international destinations as well. Varanasi may be stacked with people, roaming cows and temples, but everything is in relatively close proximity to the main hotel blocks. A weekend or 2-3 day midweek escape will give you enough time to take in all the rambling beauty of India’s most holy of cities. 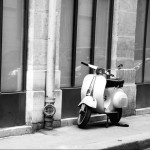 Lee Grewal has recently returned to Australia after 3 years living in India and regularly travels back to Delhi. Lee formerly worked in the corporate sector within multi-nationals as a Human Resources Manager and left to relocate to India with her family. While in India Lee pursued her passion for writing and now has a travel blog Adventure In Our Tea Cups with her Delhi-based travel partner Bhanu Uttam, a keen photographer. Bhanu is currently a Director of a successful children's sports academy and is pursuing her love of photography and travel.