Salem, Massachusetts is known for so many things, including sea trade, spices, pirates and of course the witch trials.

The fall is the time of year where the entire city floods with tourists from all over the world and there really is nothing like it… the month of October sees anywhere between 250,000 and 500,000 tourists!

However, there are events happening all year ‘round in The Witch City. Salem does a fantastic job of organizing festivals and happenings through even the frigid winter months to keep things lively. So what are some of the best ones to check out when visiting offseason?

Things To Do In Salem In The Off Seasons The top of my list has to be the Salem Arts Festival.

With events happening all day on the main stage area and smaller activities (like bean bag toss and sidewalk chalk for the streets) happening off to the side it’s absolutely a family-friendly weekend.

The second day of the Arts Festival this year was “Mural Slam” where a handful of artists painted canvases down the sides of the buildings in Artists’ Row. Each piece was unique and seeing the entire process from beginning outlines to finished product was fun. Usually occurring in March (next year’s dates are March 20-29, 2020) it’s a week of movies. Those shown aren’t mainstream Blockbuster level titles, they’re more thought-provoking and touch on the human experience.

According to the Salem Film Fest, “Because Salem Film Fest focuses on well-told stories with strong technical elements and interesting visual approaches, each film screened over the week-long schedule represents an immersive aesthetic experience, an opportunity to glimpse the world with fresh eyes, and leave changed as a result. Come to Salem, see the world.” Close to the top of my list is the Salem So Sweet Festival which takes place in February and is a celebration of ice sculptures, chocolate and wine.

At participating businesses, you can sample wine and chocolate while you do some Valentine’s shopping!

Through the city, you can also see anywhere between twenty and thirty ice sculptures. The themes vary and are decided by the businesses that commissioned them.

It was a cold weekend this year but wandering the sculptures made for a fun walk around the city. The Travel Belles that are foodies are sure to appreciate Restaurant Week in any city, and Salem is no exception.

Happening (usually) twice a year, you can stop into some of the city’s most delicious spots and enjoy good eats at a discount. Click here to see the website for the upcoming event details.

Keep an eye on social media and more for updates as more restaurants are added. One of my favorite memories of Salem is walking down Essex street as night crept up during the winter, the road was mostly empty and snow was slowly coming down.

The white lights in the trees lit the way and the only sound I could hear was the squeaky-crunch noise of my boots in the snow. Salem in the winter is stunning and if you’re visiting more for the history (and less for the witches and spooky factor) then Christmas In Salem might be for you.

This event is a tour of historic homes decorated for the season and sparkling with lights. Join other history lovers for a walk through some of the city’s gems from the past, decked out for the season.

Follow it up with some hot chocolate or hot apple cider from Jaho coffee and you’ve got a winter evening straight from a lifestyle magazine. The last off-season must-see if you’re in the area (though it’s getting close to the excitement of fall in Salem) is the Salem Spice Festival.

This year’s event was sadly canceled due to construction issues near Salem’s Pioneer Village where it takes place, so next year’s festival is sure to see an increase in attendance because we all missed it!

Taking place in early September, the Salem Spice Festival is a celebration of the witch city’s long history with exotic spices from around the world. Participating local vendors feature homemade crafts and goods, skincare, herbs, soaps, teas, tinctures and more.

A bonus to this event is the fact that it’s held at Pioneer Village, which is actually one of the filming locations for the movie Hocus Pocus!

There are several locations around the city that were used, and this area was part of the opening scenes with Thackery Binx and the village he lived in before becoming transformed into a black cat by the Sanderson sisters.

Outside of the festivals and events outlined here, there is always something happening in Salem. The city makes a point year-round to keep things going and even if your visit falls during an off-peak time, rest assured you won’t be bored.

You’ll also save some cash by not visiting during the fall! Rates to stay in and around Salem go through the roof once the leaves start changing here in New England, so it’s actually more cost-effective to plan for a nice trip in the spring once the ground thaws.

You could also stop in during the winter and see the lights or walk down the wharf coated in snow. I know you’ll fall in love with Salem just as I did, the town has a charm to it like nowhere else.

The 8 Best Christmas Travel Ideas 2017
Top Tips For Chartering A Boat In Croatia
Cool NYC Cocktail Bars - Drink Like A Rockstar!
What Kind of Travel Planner are You? 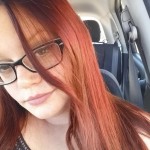 Alyse Grimm is a 31-year-old Pacific Northwest native who now resides in beautiful New England. After first visiting Salem, MA roughly 10 years ago, she fell in love with the old town and has been frequenting the Witch City ever since. Things To Do In Salem came about as a result of wanting to help visitors get the most out of their trip to Salem and keep up to date with events, year ’round. Outside of covering the city’s happenings Alyse is an avid reader, writer, artist and coffee drinker.