Christmas is one of the most celebrated holidays in America and we have traditions that, like our country itself, are over the top. And while they can be excessive, they are a sight to behold. And something everyone should see once in their lives.

Ready to take a trip to the States for Christmas?

Then, mark your calendars for next year with our list of the 5 American holiday traditions you must experience!

Each year, millions of people from all over the world flock to see these anticipated events. Not only are they spectacular, they are worth the trip from anywhere in the world.

Location: Any Gaylord Palms Hotel
When: Late November through the first week of January (check with each hotel annually for exact dates)
Cost: FREE to tour the grounds and lobby; FREE Joyful Atrium Light Show; Rooms vary per property

The Gaylord Palms is a 5-star hotel with several locations across the country. They do things traditionally, and do them with pomp and circumstance – Christmas included. Each hotel goes all out covering the entire property with lights, garland, glitter and other decorations. If you aren’t lucky enough to stay at the hotel, you can still visit to see the lights and decorations. People wait for hours in lines of cars to drive through the grounds – decorated and timed to music you can listen to from your car over the radio. If you want to see Christmas at its finest, Gaylord Palms is the place to be.

Ice Skating at the Rockefeller Center

Location: The Rink at Rockefeller Center, New York, New York
When: The rink is set up in October and taken down in January each year
Cost: $25-32 per adult; $15 per child 11 and under; Skate Rental $12

Skating at Rockefeller Center under the huge Christmas tree is something millions of people dream of doing. Known worldwide and made famous by movies such as Elf, Home Alone 2, and more – it is a popular American Christmas tradition. If you aren’t a skilled ice skater, they also offer lessons. Even if skating isn’t your idea of fun, it’s something everyone should try at least once. IN addition, the huge Christmas tree at the rink is a sight to behold.

Location: The Ellipse near the White House, Washington, D.C.
When: Late November through early January
Cost: FREE – distributed through an online lottery

For nearly 100 years, the country has celebrated this tradition in Washington, D.C. A tree is selected and transplanted onto the Mall. Then, organizations from all 50 states send ornaments to be hung from the tree. Ornaments are housed in plastic globes to protect them from the weather as the tree is outside and visible to all city visitors. The lighting ceremony is held at the end of November, rain or shine and tickets for the anticipated event are free. Distributed through a lottery, register early to ensure your spot!

St. Augustine Regatta of Lights and Nights of Lights

Location: St. Augustine, FL
When: Nights of Lights begins mid-November and ends at the end of January; Regatta of Lights is held the second Tuesday in December
Cost: FREE

St. Augustine is known for many things, not the least of which being that it is the oldest continually-inhabited American city. If a visit to this historic town is on your bucket list, you should consider going during the holidays to experience a charming American holiday tradition. During the day you can hit all the major historic landmarks, followed by a quaint walk through a winter wonderland after sunset.

This tradition traces its origins back to the traditional Spanish practice of displaying a white candle in windows at Christmastime. The candle alludes to the night Mary and Joseph could find no inn to give them shelter. When the candles are placed in windows, the owners are symbolically making room in their homes and hearts for Jesus.

During the city’s Nights of Lights festival, the entire city is bathed in millions of tiny white lights, making for a beautiful sight and stunning photo ops. The award-winning festival was named by National Geographic as one of the world’s 10 best lighting displays. And it has grown in both size and splendor each year. For something a little different, head to the shore to watch the annual Regatta of Lights, where local boaters take the lights displays onto the water. A daisy-chain of decorated and lighted sailboats, trawlers, fishing boats and more, this event is revered by locals and leaves visitors in awe.

While Disney sounds like a cliché experience when you visit the United States, they really do Christmas well. Every turn inside the park reveals an attention to detail that is unsurpassed. If you’ve ever wanted to see Disney, it’s an unforgettable American holiday tradition at Christmastime.

The event itself allows guests to experience additional park entertainment, attractions and more from 7 pm until midnight. From the electric parade, to the decorations, to the music playing in the background of the park and the fireworks – no detail has been missed. And it’s not just for families with children. Couples can enjoy a day in the park too as there is something for everyone. A word of warning, crowds can be very heavy during the holidays as most children are on school breaks. Typically, the least crowded weeks during the event are in November.

Though this list only includes 5 American holiday traditions you must experience, there are thousands of others throughout the country. Whatever you decide to do during the holidays in America, you’re sure to have an amazing experience. 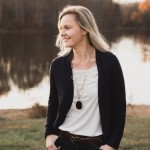 Cat Holladay is a freelance travel writer, blogger and. She has been quoted as an expert by The Washington Post, The Simple Dollar, RVing Planet, Creative Travel Guide, Digital Travel Guru and more. She is the founder of The Compass Is Calling!. After more than a decade as a VP and operations manager in the corporate world, she stepped back to focus on working to live, not living to work. She now spends her time traveling the US in an RV with her husband and their son – writing and photographing along the way. Follow Cat on her blog, and on Facebook and Instagram