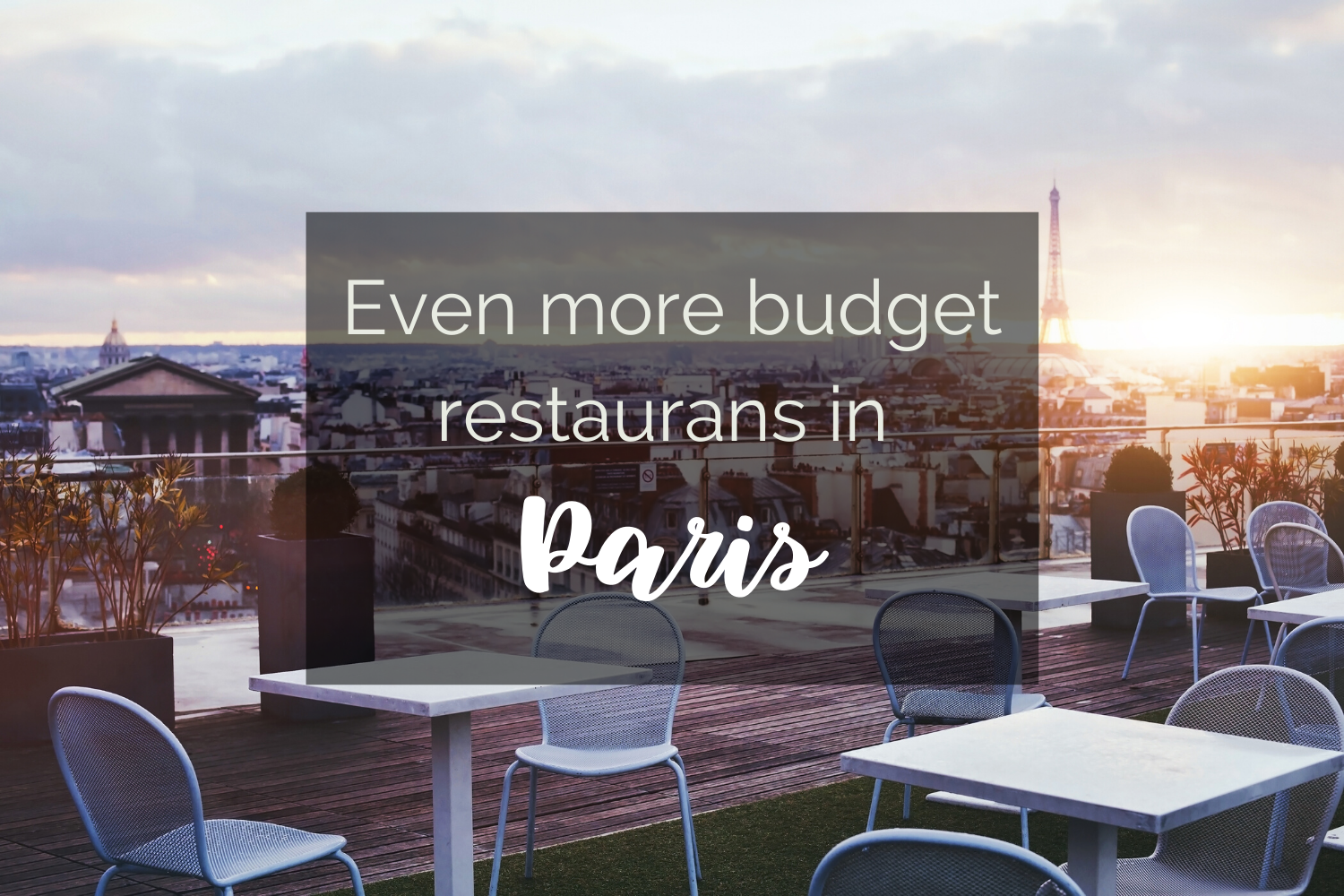 Where to eat in Paris’ 6th to 10th arrondissements without breaking the bank can be a difficult question. Never fear: Travel Belles is here!

The 6th arrondissement is a great location for shopping; the boutiques along Rue du Four are particularly worth exploring, but you’ll need somewhere to grab a bite when you’re done.

This area was once the favorite haunt of writers like Jean-Paul Sartre, Albert Camus and Simone de Beauvoir, but their cafés of choice – Les Deux Magots, Brasserie Lipp and Café de Flore – have now become overpriced and filled with tourists. Instead, try Aux Charpentiers (10, rue Mabillon).

It may look like it’s out of your budget, but if you drop by at lunchtime, you’ll be pleasantly surprised by the €20 prix fixe menu, including an appetizer, a main and a glass of wine.

You may also like: Bistro, Brasserie, Cafe or Wine Bar?

The 7th arrondissement attracts perhaps the most tourists of the whole city, with the beckoning pillar of Paris, the Eiffel Tower. This means that much of the arrondissement’s restaurants have high prices and sub-par food.

However, if you want something delicious that won’t empty your wallet, there are some places you can try. A great place to stop for lunch is Les Deux Abeilles (189, rue de l’Université).

The interior feels like being inside the teapot from Alice in Wonderland, with cushy decorations and a sunroof letting in natural sunlight.

The quiches are incredible, and the €19 prix fixe menu lets you help yourself to homemade tarts from the dessert cart as well.

You may also like: In Paris Remember To Look Up…

One might think that the 8th arrondissement – home to the infamous Champs Elysées – couldn’t offer any inexpensive meal options, but if you’re creative, there’s no reason why you should miss out on a tasty and inexpensive lunch.

You may also like: Paris Night Walk: Arc de Triomphe to the Louvre

The 9th arrondissement is quickly becoming trendier, as the former red light district of Pigalle becomes even more gentrified.

The 9th, just south of Pigalle, is being taken over by bobos – a slang term to designate rich bohemians – and as a result, a great deal of the inexpensive meal options that once existed are disappearing.

You can, however, still eat very well in the 0th without spending a lot of money, if you’re willing to leave some of it up to chance. Le Pantruche (3, rue Victor Massé) is a gourmet bistro with a delectable menu, including foie gras with quince and oyster tartare appetizers, and scallops or line-caught cod as mains.

The prices are reasonable but definitely couldn’t be considered cheap, at an average of €20 for a main…

But the daily Plat du jour is on offer at €14, with a €4 supplement to add on an appetizer or dessert, like Grand Marnier soufflé or a cheese plate. The only problem? Not knowing in advance what you’ll be eating… but that’s half the fun!

True budget eating is defined at the Tribal Café (3, cour des Petites-Ecuries), where dinner is free!

Wednesdays and Thursday nights, the kitchen turns out mussels with fries for any interested parties, and Fridays and Saturdays, the menu is couscous.

All you need to get in on the free dinner is a seat in the bar and a bit of patience, as the owner passes out plates one by one. You’d think that the drink prices would be hiked up to make up for the free food, but a pint of beer is an incredible €3.50 – unthinkable in Paris, where happy hour prices occasionally make it as low as €5.

It’s no wonder that this little bar is packed to the gills every night with loyal regulars.

How To Choose The Best Artisan Gelato In Italy (6 ...
Dutch Village Day Trip From Amsterdam (Broek In Wa...
Instagram of the Week: Santa Maria Maggiore, Italy
Wine Cellar: To Collect or Not To Collect?