In 2014 my boyfriend and I drove across the country. After blasting Bruce Springsteen and Tom Petty for days, we decided we needed another way to fill the 3,000 miles of asphalt. The license plate game got old and we turned to an audiobook. Ever since I’ve been addicted.

I seem to hit the road quite often and when the radio starts to play the same songs over and over again, I turn on my latest audiobook. Over time I’ve learned what kind of book to choose. As much as I’d love to listen to War and Peace, I’ve learned that it’s best to keep your audiobooks simple. Save your books that are extremely well written, dense, or deep for a time when you can flip the pages at your own speed, marveling at the language and taking your time to absorb the story and/or facts.

The best audiobooks are plot-focused stories – a thriller, a captivating memoir or biography, a young adult novel or just a funny book that will keep you interested. If the book you’re considering has a popular film adaptation, that’s normally a good sign – it probably has a story line that is easy enough to follow.

Additional tips: consider the length of the audiobook (If it’s longer than your road trip, will you finish it on your commute or neighborhood walks when you return from your trip?). Also, it might be smart to test the audio sample to see if you can stand the narrator’s voice for the hours to come. Once you get on the road, set the cruise control and hit play.

Or Dress Your Family in Corduroy and Denim. Or Me Talk Pretty Some Day. Or Naked. Or When You Are Engulfed In Flames. A David Sedaris audiobook never disappoints. Sedaris’ books consist of personal essays about his life filled with his sarcastic, self-deprecating humor that will make you laugh alone in your car. Most of his stories center around his bizarre family, the odd jobs he’s worked throughout his life, his obsessive behavior, his life as a gay man growing up in the South, and his time spent abroad with his partner. His books are never too long and always engaging, perfect for a shorter road trip. This May he is releasing a new book titled Theft by Finding.

If you never got around to reading it, now is the time. It’s a story about a missing wife with an extraordinary plot twist. Even if you saw the movie that came out in 2014, still think about this as an audiobook – the story is wonderful in its details and the movie wasn’t able to capture all that made this thriller so smart and captivating.

3. The Girl On The Train by Paula Hawkins

Gone-Girl-esque, this thriller will liven up the most boring interstate. An alcoholic divorcé takes the train every day and looks into the houses in her old neighborhood. As people disembark, she spies on a couple that lives a few doors down from her old house. Then one day the woman from the perfect couple goes missing. Now a total stranger – the girl on the train – tries to put the missing pieces together. The book was also turned into a movie last fall. If you didn’t see it, listen to this audiobook and then when you’re back from your trip and bored on a Monday night rent the movie to compare. Need other thriller recommendations? The Good Girl by Mary Kubica and The Woman in Cabin 10 by Ruth Ware are both great audiobooks.

Celebrity books are great audiobooks. Sometimes comedians try to write books that – while mildly entertaining – are a bit pointless and a waste of time (Bossypants by Tina Fey, Not that Kind of Girl by Lena Dunham), but often celebrity memoirs that try to do more than entertain – to actually tell their life story with some clarity and reflection – can be very interesting. Drew Barrymore’s is one of the best. It’s not a full-on autobiography but rather a collection of bits from her life, all engaging and filled with Drew’s charm. Learn about her emancipation from her mother at age 15, the time she went camping with the other Charlie’s Angels stars, and see other glimpses into her life. Another authentic celebrity audiobook worth recommending: Never Broken by Jewel. If you want less soul searching and more ridiculous stories, check out Life by Keith Richards (it’s narrated by Johnny Depp).

You will have a hard time believing that all of the stories in this book are true and happened to one man in one lifetime. Louis Zamperini was an American track star who competed in the 1936 Berlin Olympics. Once World War II broke out, he became a second lieutenant in the Air Force. In 1943 he survived a plane crash in the Pacific Ocean, leaving him and two other survivors to float 47 days on a raft in shark-infested waters with no food or water. When Zamperini finally reaches land in the Marshall Islands, he is taken prisoner by the Japanese and singled out by a prison guard to receive the worst of the camp’s torture. Surviving all of this, Zamperini makes it back to America at the end of the war, struggling to overcome his hardships. His story of struggle and resilience turns into a story of forgiveness and redemption. There isn’t a dull moment in this audiobook. (It was also turned into a movie in 2014).

6. Orange is the New Black by Piper Kerman

Before it was a Netflix show it was a memoir. In her early twenties Kerman helped her girlfriend carry a bag of drug money to another country and all went smoothly. Ten years later, after she has dumped the girlfriend, moved back to the States, and restarted her life, she is sentenced to time in prison. Kerman explains prison politics while also describing how she occupies her time and makes friends while on the inside. The book gives you a new perspective on inmates and our judiciary system while also being utterly enthralling about day-to-day life in prison. Unlike the show, the memoir does not have lesbian sex or escapees.

7. Me Before You by Jojo Moyes

Looking for a romance? It’s a little cheesy and a little predictable, but this book about a quadriplegic and the girl that takes care of him will keep you interested. Will, the 35-year-old man that is confined to a wheelchair after a motorbike accident, doesn’t want to continue living, but Louisa, the 26-year-old woman hired to keep him in high spirits, doesn’t want to give up on him. At first the two are bitter towards one another but soon a friendship and then a romance blooms. The book became a movie which was released last June. Sam Claflin – Finnick in “The Hunger Games” – plays Will and Emilia Clarke – Khaleesi in “Game of Thrones” – plays Louisa.

You’ve probably heard about this book as the new hit HBO mini-series starring Nicole Kidman, Reese Witherspoon and Shailene Woodley. The novel tells the story of three mothers in a small Australian town (the HBO series places the story in California). Their secrets and lies unfold as a murder takes place on Trivia Night at their children’s school. Moriarty’s novels are all good for audiobooks. Her writing – filled with suspense and humor– makes you despise the gas stops that tear you away from the story. (Check out The Husband’s Secret and What Alice Forgot next).

9. The Fault in Our Stars by John Green

It’s the heartbreaking novel you’ve probably heard about that tells the story of two terminally ill teenagers who fall in love. It was turned into a tear-jerking movie in 2014. John Greene also wrote Paper Towns – a story about a popular girl in high school that runs away and the nerd that lives next door who wants to find her. It, too, is a great audiobook and was also turned into a movie in 2015. These young adult novels are great audiobooks because they are plot-based and easy to follow.

10. The Godfather by Mario Puzo

Sometimes you need an oldie but a goodie. This mafia novel from the late 1960s will make you question law and order, love and family, responsibility and success, right and wrong. Vito Corleone is the Godfather, the head of one of the five leading mafia families in New York City. When Vito gets shot, the family business must carry on. Murder, family, love, affairs, celebrities, money – it’s got it all.

5 Great Latin American Road Movies
Five Films To Watch Before You Go To Paris
Useful Italian Words and Phrases that are not Curs...
Historian Chris Frame Takes a Trip Down Under on Q... 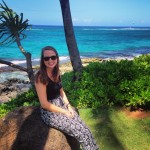 Addie Gottwald is a perpetual student. After graduating Davidson College in May 2014, she decided that her education wasn't, and will never, be over. She walks the world both literally through travel and hiking and figuratively through her love of reading, writing and research. Her classroom is ever-changing but her desire to learn is never-ending. Follow Addie's blog at Open Ended Life.