We found a portly elderly couple, the man strong and silent, his wild-haired wife bossing him around and ordering him to take us to the island. We probably paid too much – about $25 for a one hour ride – but they were so cute and hilarious we couldn’t say no. Everywhere I looked something interesting was there to catch my eye. If I needed fur-covered wooden shoes or old-fashioned skate blades that buckled on, this was the place to find them. If I found a run in my tights, no worries! Plastic legs hung from a beam showcased versions in lurid red diamonds, blue stripes and black argyle. And should I find myself feeling nostalgic for those the days of Communism, a line of hammer and sickle topped hats danced in the breeze. 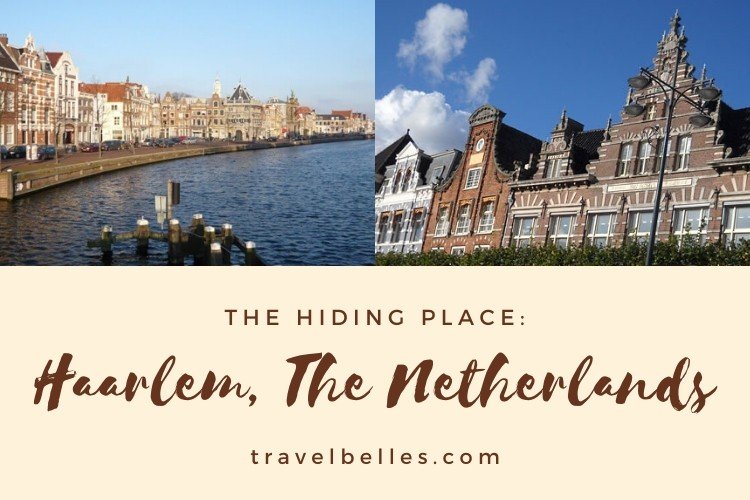 In 1940 the Nazi’s invaded Holland and before long were rounding up Jews and political dissidents, sending them off to prisons, concentration camps and forced labor. In a tall, narrow home just steps away from the Grote Markt, an elderly clock maker and his two unmarried, middle-aged daughters put plans in motion to save as many as they could. Getting the Most out of a European Road Trip Sometimes I like to travel without a plan. Just pack my things, get in a car with dear friends, and head off down the road and see where it takes us. One warm August day in Germany my sister-in-law Kendra, our friend Amy and I decided … Read more One of the oldest castles in Slovenia, Bled Castle is an imposing medieval edifice perched atop a 130-meter cliff towering above the cool glacial waters of Lake Bled in the Julian Alps. First mentioned in written sources in 1011 AD, the medieval castle began with a single Romanesque tower and over the centuries more towers, … Read more Besides being the largest open-air museum in Germany, the Detmold Open Air Museum (Freilichtmuseum Detmold) holds a very special place in my heart. t was there that my family finally got to meet my dear friend Rita, a German girl I met when we were both nannies in Portugal, and it was there that I … Read more Part Three of Krista’s travels to Corfu: It was a gloriously hot day in Greece as my friends and I decided to leave our pool side oasis and start exploring the beautiful island of Corfu. As we tossed around ideas, my brother mentioned a place called Mouse Island. As soon as he spoke those words, … Read more Part two of a three part series on Krista’s visit to the island of Corfu: The sun was glorious and hot as my six friends and I left our poolside oasis at the Hotel Pantokrator and headed out to explore the island of Corfu. While our 9-passenger van had served us well through the back … Read more Part one of a three part series on visiting Corfu Arrival: The spring sun was setting brilliantly over the Ionian Sea as my six friends and I boarded our ferry in Igoumenitsa, Greece, and headed for the island of Corfu. We clambered up to the top deck, found spots on slatted wooden benches, and let … Read more

A 10 day girls’ getaway with a stay in Salerno Lace curtains billowed from shuttered windows that opened to reveal a misty valley of orchards, vineyards and beautifully aged Italian country homes. The Tyrrhenian Sea glistened a few miles off the Salerno coast as I breathed in air fragrant with sun-warmed herbs and smiled at the … Read more